Gravity Hills: A Journey Through the Power of Perception

Gravity hills are popular tourist attractions in many parts of the world, and they can be found in a variety of settings, from rural areas to urban areas. Many people enjoy visiting gravity hills to experience the unique optical illusion for themselves, and some even try to “defy gravity” by rolling a ball or other object up the apparent uphill slope.

Gravity hills are places where the optical illusion of an uphill slope appears to be a downhill slope due to the surrounding landscape. These intriguing locations have captured the imagination of people for centuries, and they continue to be popular tourist attractions around the world.

But how do gravity hills work, and what scientific principles are at play? In this article, we’ll explore the history, creation, and explanation of gravity hills, as well as debunk some common myths.

Gravity hills have a long and fascinating history, with early examples dating back to folklore and literature. In many cultures, gravity hills were thought to be places of supernatural or paranormal activity, and they were often associated with legends and myths.

One of the earliest recorded examples of a gravity hill is the “Legend of the Welsh hills,” which tells the story of a Welsh prince who was turned into a hill by a wicked sorcerer.

According to the legend, if a person stands on the hill and closes their eyes, they will feel as if they are being pulled uphill.

Some of the most well-known gravity hills include:

These gravity hills attract visitors from all over the world, who come to experience the strange optical illusion for themselves and try to “defy gravity” by rolling a ball or other object up the apparent uphill slope.

How Gravity Hills are Created

So, how exactly are gravity hills created? There are several factors that contribute to the creation of a gravity hill, including the slope and curvature of the land, the presence of nearby buildings or structures, and the overall layout of the surrounding landscape.

One of the key factors that can create a gravity hill is the slope and curvature of the land. If the land slopes downward in one direction and then curves upward in another direction, it can create the illusion of an uphill slope when viewed from certain angles.

This can be especially pronounced if the surrounding landscape is relatively flat, as the upward curve of the land will stand out more.

The presence of nearby buildings or structures can also contribute to the creation of a gravity hill.

If a building or structure is positioned in such a way that it blocks the view of the surrounding landscape, it can create the illusion of an uphill slope. This is because our brains rely on visual cues to perceive the slope of the land, and if those cues are obstructed, it can lead to a misinterpretation of the slope.

Finally, the overall layout of the surrounding landscape can play a role in the creation of a gravity hill. If the land is undulating or has a series of hills and valleys, it can create the illusion of an uphill slope when viewed from certain angles.

This is because our brains perceive the slope of the land based on the relative position of nearby objects, and if those objects are unevenly distributed, it can lead to a misinterpretation of the slope.

One of the most intriguing aspects of gravity hills is the strange phenomena that can occur at them, such as objects appearing to roll uphill or water appearing to flow uphill. These effects are caused by the same optical illusion that creates the impression of an uphill slope, and they can be quite mesmerizing to witness.

When we view a gravity hill, our brains interpret the visual cues in such a way that the downward slope appears to be an uphill slope. This is because the brain is fooled by the surrounding landscape and the curvature of the land, which creates the illusion of an uphill slope.

Despite the scientific principles behind gravity hills, there are many myths and misconceptions about these locations. Some people believe that gravity hills are caused by supernatural or paranormal forces, or that they are somehow connected to the Earth’s magnetic field. However, there is no scientific evidence to support these claims.

In reality, gravity hills are created by the optical illusion of an uphill slope, which is caused by the slope and curvature of the land, the presence of nearby buildings or structures, and the overall layout of the surrounding landscape.

These factors, combined with the way that our brains perceive and interpret visual information, create the illusion of an uphill slope.

Gravity hills are fascinating places that capture the imagination and challenge our perceptions of the world around us.

Whether you visit a gravity hill to experience the strange optical illusion for yourself or simply to marvel at the power of the human brain, these locations offer a unique and memorable experience.

While there are many myths and misconceptions about gravity hills, the scientific principles at work are simple and well understood, making these locations a testament to the power of human perception and the mysteries of the natural world. 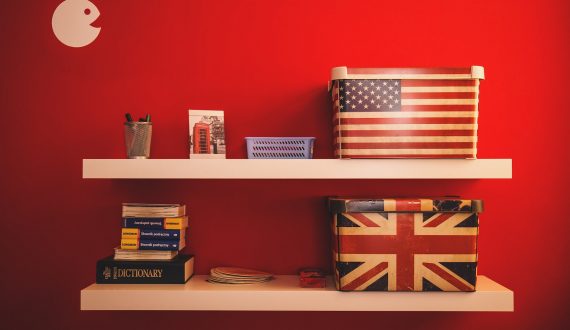